If you’re a writer—or connected in some way to the writer scene—then you’re probably aware that November is NaNoWriMo (National Novel Writing Month). A time where pen-monkeys of all ages and skill levels come out of the woodwork to try and churn out 50,000 words in a single, marathon-month of word-smithery. As you might expect, […]

On November 12, 2016 By Christopher Leapock
After this week’s unfortunate incident, by which I mean the election of He Whose Hands Must Not Be Mentioned, I’ve had enough of American politics. The war in Eastern Ukraine hasn’t been in the news much in the past couple years. It’s turned into a frozen conflict—a stalemate between two rebel enclaves and a Ukraine that can’t take them back without starting an all-out war with Russia.
Since I’ve done a couple metaphysical interviews with the rebels before, I thought I’d pop over and see how things are going. As you may remember from previous posts, a metaphysical interview is where instead of talking to someone, you speculate about what they might say. This is a legitimate journalistic technique now. Half of what you find in the media was made up too.
I met my old friend Pavel in a café in Donetsk, the capital and largest city of the so-called Donetsk People’s Republic. The café was in what seemed to be the trendiest district of town, by which I mean only half the block was bombed out or boarded up. 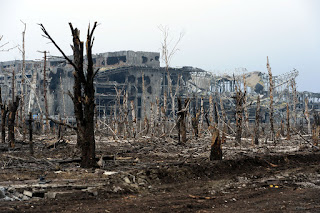 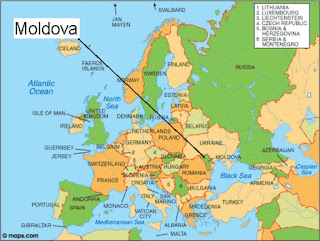 I shook my head.
“So the last step in our truly democratic election was,” Pavel said, “we called up Putin and asked him to annul the whole thing. But it turns out he is a big fan of the Bobov Show.” Pavel forced himself to smile. “We are determined to work constructively with our new leader.”
“Good luck with that,” I said.

More Than I Can Chew

All right this is going to be a short one. So first up how did I do on my monthly goal? Am I writing chapter 10. Yes I am. Unfortunately for me when writing the previous post I mislabelled the chapters. I was already writing chapter 10 and I was supposed to be in chapter […]