I just finished “Reputation Precedes,” the short story whose idea origins I discussed on here a while back.  (Yes, it took me this long to finish writing it.  It’s been a hectic few months!)  The story revolves around a bodyguard and a royal secretary who create a fictional individual to explain why their queen can’t meet with a foreign ambassador.  Here’s a glimpse at their storytelling:


“The queen,” Carac said, “has set out to recruit the assistance of a powerful blood mage.  She knows such a man will benefit Yoruth as well as Sanorre, if he can been convinced to pledge his loyalty.”

“The timing,” Marhan said, “seems questionable.”  The words were mild, but there was a knife’s edge beneath them.

Carac hesitated.  “The timing was unavoidable.”

Tiava recognized the pause as the secretary collecting his thoughts.  “The mage is a wanderer, reclusive and elusive,” she said.  “In the Ghoran Mountains – his homeland, as far as we can tell – he’s spoken of as a local folktale, with all the strange traditions that surround one.”  She was prepared to come up with something, drawing upon the farmer precautions she had grown with, but a side glance at Carac told her he had found his footing.  This was his plan; she was just backing him up.

Though I enjoy writing short stories, both to play with concepts that would be unsustainable in long form and for their own sake, I’m a novelist at heart.  I also love stories (short and long) that aren’t confined by their written dimensions.&nbsp… 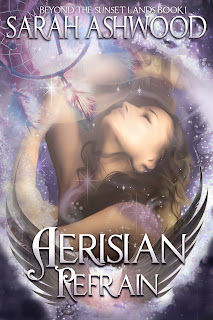 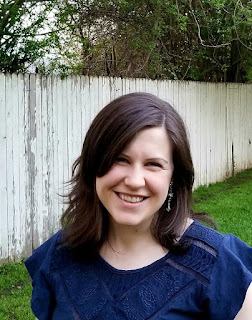 Don’t believe all the hype. Sarah Ashwood isn’t really a gladiator, a Highlander, a fencer, a skilled horsewoman, an archer, a magic wielder, or a martial arts expert. That’s only in her mind. In real life, she’s a genuine Okie from Muskogee who grew up in the wooded hills outside the oldest town in Oklahoma and holds a B.A. in English from American Military University. She now lives (mostly) quietly at home with her husband and three sons, where she tries to sneak in a daily run or workout to save her sanity and keep her mind fresh for her next story.
Sarah’s works include the Sunset Lands Beyond trilogy and the fantasy novella Amana.
To keep up to date with Sarah’s work and new releases, sign up for her newsletter. You can also visit her website, or find her on Facebook, Pinterest, Instagram, and Twitter.

Once again, I’d like to share the oddball product of my driving CDs with y’all:  another word association playlist, where each song title suggests the next.Fix A Heart – Demi LovatoYou Don’t Know My Heart – Rachel PlattenThey Don’t Know – KirstyMa…

So the reviews for Scylla and Charybdis have started to come in, and they have a lot of lovely things to say:’Duncan has built a fascinating galaxy …Truly wonderful science fiction should also make the reader take a good hard look at the world a…

Like many people, writers or otherwise, I sometimes escape from mental work by turning on the television.  One of my shows of choice is FaceOff.FaceOff is a makeup special effects competition on Syfy (just typing that channel name makes me cringe)…

Thinking today of a haunting, beautiful tune … I believe I’ve shared it here before, but it deserves another feature.  “Eli Eli” is a poem written by Hannah Szenes / Senesh … and this tells the story better than I could:Eli EliThis is a piece …

Abyss and Apex, which has published several of my stories (the editor – hi, Wendy Delmater! – is apparently crazy), just put out a lovely review of Scylla and Charybdis:Scylla and Charybdis ReviewPlease do check out the rest of the magazine while …

Happy 4th of July, y’all!  (Even if you’re not American, it’s still the 4th, after all.  You’re not just skipping the day and getting the global calendar in a twist … are you?)For those of us in the States, it’s Independence Day, not to be …

So in case you missed my squealing, I just sold “Soul Medley” to Andromeda Spaceways Magazine.  This story was written for a fantasy-writers.org challenge to write about music.  Besides the plotline and the inclusion of a harper/bard characte…