On March 20, 2014 By Christopher Leapock
In recent weeks Vladimir Putin has invented a new sort of Russian reversal. This is where you send troops to Crimea and take control of the government and media, then hold a vote on whether you should send in troops and take control of a region’s government and media. The notion of consent involved here – as in “Crimean voters consented to annexation” – is a little bit peculiar. But it turns out that this sort of behaviour is a Putin family tradition.
This morning I had the opportunity to conduct a metaphysical interview with Maria Ivanova Putina, Vladimir Putin’s mother. 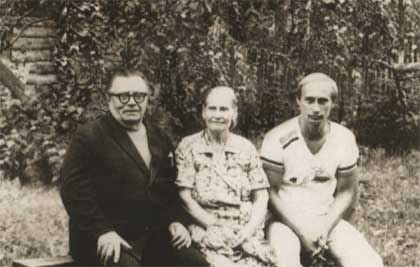