Wordsmithery: ignite your #writing with best-selling-author metrics Demystifying #Goodreads~maximize its potential to promote your book #Writing style: adverbs to modify “said”? Weird Christmas flash! Excelsior! Part 2
Last week, I discussed the CW's fantasy series, The Outpost.  This week, I'd like to talk about one of television science fiction offerings, Salvation.
Or ... is it?  During the first season, I posted about Salvation's exploration of coming-apocalypse movie tropes - it's almost a love letter to that particular subgenre - and how it took the familiar and explored them more deeply, an opportunity presented by the longer format.
In season two, the difficulties of writing an extended storyline that centers around a world-ending asteroid begin to manifest themselves.  There's only so many scientific barriers to place between the main characters and the solution before it either strains credulity or bores the viewer with technobabble.  There's also only so many other kinds of complications before it is no longer a story about impending collision and instead becomes a story about all the ways people can be terrible to each other.  Salvation does a decent job of this, but it's the places where the broader plotline strays from this central plot problem that are the weakest.
Among those, Salvation falls back on a familiar trope of spy / thriller shows:  the shadowy cabal that manipulates governments and decides the fate of nations.  I'm not sure how plausible such an organization really is, if it could really exist without being discovered.  In fact, I might be tempted to say that such a cabal actually belongs in fantasy, not reality.
Then again, how much of the science in Salvation is near-future science fiction, how much is currently in our grasp, and how much is pure fantasy?  I don't know enough about technology to answer that question.  For the matter of that, how many purely "real" shows indulge in technological solutions that don't yet exist?  Fudge the details of a drug?  Even grounded politics-based shows like Madam Secretary use invented countries to avoid insulting real nations, create tension that wouldn't be possible with a real place, or create parallels comfortably removed from our reality.
What about those cop shows where a single forensics expert does the work of six, so the viewer doesn't have to remember six people?  Or, as my mother is fond of pointing out, the attire that no real cop / attorney / businessperson would be allowed to wear to work?  Ultimately, every work of fiction is a fantasy, a reality that doesn't quite mesh with our own; that makes assumptions about the world which may or may not be accurate; that changes the rules to make for the best story.
So when it comes to defining genre lines, there's a lot to be said for that old saw about pornography:  you can't define it, but you know it when you see it.  It's a lot about overall feel.  Salvation feels like science fiction to me, so I choose to call it that.  If you chant a spell to become invisible, it's fantasy; if you press a button on a gadget, it's science fiction.  There was a time (I'm not sure if it's true any more) where scientists were certain that time travel was impossible, so any story that contained it was necessarily fantasy ... but time travel is so ingrained in our concept of science fiction that it continued to be classified that way.  Handwaving a memory-wiping drug in an otherwise non-fantastical thriller is fine, as long as it's plausible.
For a show that does an excellent job of keeping the viewer guessing about the paranormal - is this fantasy?  Is there a rational explanation?  Is what the characters believe more important than what's really going on? - check out Fortitude.  And expect things to get progressively weirder ...

Being a Good Sports Fan 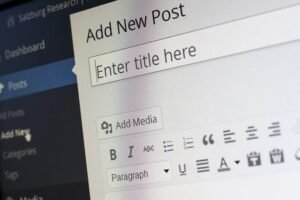 The Craft of #Writing: Grabbing the Reader