Dear students learning to write The March of A.I. Accepted, full member of SFWA! Weird Christmas 2022 Excelsior! Part 3
When I began writing seriously, I was a prologue skeptic. Too many fantasy novels I’d read or browsed in the bookstore/library had unnecessary prologues, often prologues with a poorly written poem-cum-prophecy or with a dump of worldbuilding information that wasn’t necessary for enjoying the story. I wanted no part of such nonsense. So I wrote The Silk Betrayal, as with everything else I’ve written, without a prologue.

When Guardbridge Books decided to publish the novel, we had a back and forth about one key part of the more recent history of the valley, mostly relating to Chaitan’s discovery of arcist magic during the Mumbler Wars. I had inserted the background into the story (late in chapter 1) but it still had something of an infodump feel to it. To fix that, one idea I suggested was a prologue, not a dry history of what happened exactly, but a letter from the time period to set the stage.

The novel ends with a letter as well, so I liked the idea of opening and closing with letters, but we ultimately decided to leave the prologue off and weave the most important parts of the background information in with the rest of the narrative in an even more interspersed way.

We both agreed, though, that the letter was worth having out there in some way for readers to discover. So here it is, a letter written from one priest to his superiors roughly thirty-five years before Pavresh makes his way from his father’s mine to Romnai to learn arcist magic:

A Letter to the Council of High Priests

I have completed my full study of the emerging magic of arcistry, as commanded. Please accept this letter as a full, though preliminary, account.

First, it is essential to recall the circumstances under which the magic emerged. The Mumbler Wars, the most recent outbreak of conflict with the natives of this valley, were well into their second decade. And were not going well.

Mumbler hordes had pushed our soldiers nearly to the Eghsal River across wide sections of the valley, and here in Romnai, they were nearly to the city itself. We spoke seriously about moving the holy temple to another city, and the ruling princes debated designating Jarnur as the capital instead.

Into this mix Chaitan, a young officer of the soldier jatis, approached his superiors with a novel idea. He had stumbled across a way to play on the emotions of the fighters. He could inspire our soldiers through what can only be called magic, and he could demoralize the enemy in the same way.

In the battles that followed, Chaitan used his magic for his own unit, even as the army commanders ignored his claims. His unit performed admirably. When a large force of mumblers approached the city from the east, he led a daring foray through the lava fields and struck the mumblers from the side.

His actions likely saved the city.

After that battle, the army promoted Chaitan and encouraged him to teach the magic to others. Within two months, the pale-faced mumblers were scattered, back to their isolated villages high in the mountains.

Since the spread of his magic, some have argued that he discovered the magic in a lost manuscript from the Forgotten South. Some that the mumblers practice a version of it, and he stole it from them. Some that a naga whispered it to him in a dream. He has remained coy on this question, though from my studies I believe he uncovered it on his own, revealed only by the gods.

In the five years since that time, the mumblers have never united nor shown the least evidence of aggression, beyond their usual violent ways. It is easy to forget how close we came to the biggest disaster in the six hundred years since we settled this land.

This is the necessary backdrop to understand the spread of arcist magic since then. Exactly how the magic works and what is involved were outside of my role, though I will set down that it draws on the stories we hear from birth in some way, makes those underlying patterns into emotions that compel people to act. Characters like the Good Ruler, the Fool, the Usurper, the Maiden, the Weaver, the Crone show up in his magic. Events as well. The Passing of the King, the Great Flood, the Brother Murder, the Raging Fire. Nearly anyone can perform the magic, at least at a simple level, and this is a source of its growth.

The key question you tasked me with was to explore the magic’s place within the beliefs of the church. Is it a proper pursuit for our priests? For those who worship the pantheon of true gods in our churches?

The magic’s origin among the soldiers makes it worthy of suspicion. The mystery religion of the wolf jati is widespread within the army. However, I have found no indication that Chaitan himself participates in that heretical cult, and no connection between the magic’s use and the practices of the cult.

And what of the heretics who follow the Enshi way? Some within their practices are already claiming the magic as their own, proof that their worship is greater than ours. This is a specious claim. Nothing in Chaitan’s explanation of the magic connects it with any tenet or practice of the splinter faith.

Does it fit with our dogma, though?

Change is frightening. Both within the church and without. I have no doubt that some will feel it runs counter to our teachings, contrary to the sacred fire that births all of this world and even the gods. Every change engenders such a reaction. Even the new furnaces some people are placing in their factories inspire these claims from some within the church, as well as the rails beginning to go up the length of the Eghsal River. Are those signs of a straying from our beliefs in the holy fire?

I would argue no. And what's more, I think it best to see this magic as we do those furnaces. A tool. Arcist magic, much like furnace—or steam—power can be used for and by the church, as well as by its enemies. But alone it is neither for nor against the gods.

Within our teachings, arcist magic must surely fall under the guiding of the god Ryo. As long as we insist it remains subject to him, there is no danger in its use or spread. A childhood steeped in the stories of our gods will also ensure that the arcist powers continue to affect all people along the lines of our beliefs.

And what of the officer Chaitan himself? He is no longer a soldier, except by jati. He will bear some watching in the years ahead. While I believe he is harmless himself as he travels around to perfect his mastery of the magic, he has already begun to attract some more radical elements. His followers whisper of wild claims about the magic, claims that undermine our caste system. If he continues in this way, he should be brought in and made to stay in the city where he can be watched. One way or another.

Until then, the church would be wise to encourage gifted priests to learn the magic. The day may come when we need to lean on its power to resist the enemies of the church.

Submitted with all due humility, 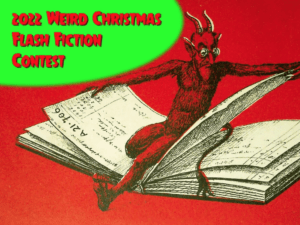