A number of years ago, I ran across an article that confirmed a few unformed ideas that had been floating around in my mind. “Why You Should Read Books You Hate” by Pamela Paul solidified a concept that I’d loosely held for some time. I should not simply read books, articles, essays, poetry, etc. that I agree with or that conforms to my current world view.

Paul’s article focuses on reading texts that one knows one will hate. That’s a bit extreme, though there is value in it. Sometimes, reading what the extreme views of the opposition on a topic are can be illuminating, not only in showing what exactly that position entails, but also in further forming ones own opinions. I can’t say I’ve read any books that I’ve hated, though there have been many that I vehemently disagreed with, felt were poorly written, or were simply built on a differing worldview.

Somewhere in high school, I realized I’d rather be able to make up my own mind about a work than to just rely on what others said about it. In some cases, I found that despite what had been said about a series, I absolutely loved it. Or, having finally decided to read the first Twilight novel, I could then have nuanced conversations with some students and point to exactly where I felt the story and the writing had failed.

I’ll admit, I’ve got a pretty high tolerance and so can put up with a lot that others maybe cannot. I read pretty quickly and so can push through scenes or works that others might find overly off-putting, thereby allowing me to take a comprehensive view of the work. I finish pretty much everything I start reading, though I’ll occasionally put a book aside when I find myself growing bored (some of the more technical sci-fi has lost me). But just disagreeing with something won’t put me off enough to put a book aside.

Some of my favorite authors are ones I would disagree with if I ever had the chance to have a face-to-face conversation with them. I would likely have little in common with humanist Isaac Asimov, and while his writing at times leaves something to be desired, I’m in awe of his ideas. I’ve found some of Stephen Donaldson’s worlds to be needlessly bleak and psychological, his characters disturbing and revolting, yet he remains one of my favorite authors for how he tells a story, transforms his characters, and deals with redemption.

I’ve read works by people all across the political spectrum, from Ayn Rand to Karl Max, from Larry Correia to Barack Obama. In each, I find areas to nod my head in agreement and places where I disagree. And yet, I wouldn’t ever wish I had not read those works. I’ve read a lot of theological works from a wide variety of denominations—of course I don’t agree with all of them, but many have formed my own views. Last year, I read Sapiens by Yuval Noah Harari. I was fascinated by his work, the clarity of his arguments, and the trajectory of humanity. I highly recommend the book, though his worldview differs so widely from my own; his patronizing dismissal of all things religious is worlds from my own beliefs, but I appreciated his book nonetheless. I look forward to reading his book Homo Deus sometime soon.

When it comes to news, I seek to gather my information from a decent spectrum. I stay away from the hyper-partisan, echo-chamber sources, but still try to get a representative sampling. No sources is free of bias; no writer can mask their worldview. In reading how different sites and channels cover the same event, I often find myself being able to pinpoint where their individual biases are coming into the story.

Too many people only read what they agree with. There’s nothing wrong with reading a book by an author that you’ve previously enjoyed, or gaining spiritual nourishment from a book written by a personal pastor. In fact, it’s healthy to reinforce ones own beliefs and worldviews from familiar sources.

That said, if that is all one reads, then one risks a narrowing of perspective, a closing of the visor. Some only read news from sources that reaffirm beliefs they already hold, some close a book the instant a word they find offensive surfaces, and some become offended when an author doesn’t hold the same innate beliefs. I’d argue that more often than not, this comes from insecurity in ones own beliefs. If beliefs and worldviews cannot stand up to challenges, other ideas, differing worldviews, then they must be quite brittle.

Far from feeling myself swaying on a chain-link fence of indecision and ungrounded ideals, I often have a clearer idea of what I believe after reading a work I disagree with. I try to model this for my students; often they assume that if a teacher is reading something or using something in class, they must agree with it. Luckily, by high school, many of them are nuanced enough critical thinkers that they can have those conversations. For example, we read Ayn Rand’s Anthem in one of my classes. The students all recognize the elements of a dystopian story, they can resonate with the oppressive regime that Equality 7-2521 must throw off. But when we get to the end and see the extreme to which the newly named Prometheus goes in the name of his individuality, many students can see that the Objectivism Rand has incorporated in her work is also problematic. By teaching students to read with a critical eye, they are better able to hone their own beliefs and ideas against those of an author.

Pamela Paul’s article probably states it best: “Defensiveness makes you a better reader, a closer, more skeptical reader: a critic. Arguing with the author in your head forces you to gather opposing evidence. You may find yourself turning to other texts with determination, stowing away facts, fighting against the book at hand. You may find yourself developing a point of view.”

And so I will continue to seek out books I know I won’t like, works I will disagree with by authors whose worldviews are different from my own. Below, I’ve linked to a TEDtalk by a cyber-acquintance on the value of surrounding oneself with people and ideas that are vastly different from ones own.

Those who are willing to challenge their thoughts, beliefs, and ideas will often think more clearly, believe more coherently, and create more inventively. The more we are willing to examine what we hold dear and expose it to honest critique, the more strongly we can believe what stands up to those differing voices.

When we only hear from those that echo our own thoughts, there’s a decent chance we may all just be pissing into the wind.

TED – How Our Friendships Define Us – And Why Why’re Dangerous by Yudhanjaya Wijeratne: https://www.youtube.com/watch?v=RkBclASYLGU 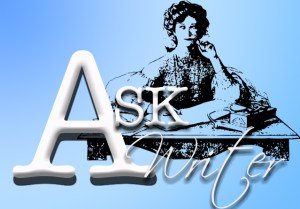