I have an uneasy relationship with superhero movies. As a lover of SF and fantasy, I appreciate the transcendent and speculative nature of the stories and characters. As someone that enjoys mindless action movies to unwind, the power and motion of the action-sequences are often mesmerizing. But as a teacher of literature, I’m also at times underwhelmed by the storytelling and a lack of subtlety in how the themes are presented.

That said, one of my favorite superhero films from the recent decade is Zack Snyder’s ‘Man of Steel’ (not a particularly popular choice, I know). I found that it was able to combine many of the above elements in a way that other superhero films were not. I appreciate a lot of the Marvel films as well, but ‘Man of Steel’ followed in the steps of Nolan’s Batman trilogy (which I still hold up as perhaps the best superhero films ever made) in how it dealt with being simultaneously human and super-human, having responsibility, and weaving themes into the dialogue and scenes.

Hans Zimmer—in what I find to be one of his best soundtracks—manages to capture the many dichotomies that bring tension to the film. The slow, rising themes that give way to strength and powerful expression make for a great background to what Snyder and Nolan are doing in the rest of the film.

The opening introduces a few of the dichotomies, laying them out for the view: the future is at stake, particularly because of what happened in the past. Much of this tension centers around energy, which is depicted by the respective suns of krypton and earth. The sun is setting on krypton, but earth’s sun (where Kal-El gets his power) is much younger. There is hope and potential there.

There’s also a conflict between biology and technology and how those should be related to each other. The misuse of technology, a common thread in a lot of SF, is directed specifically to genetic manipulation. In a Brave New World scenario of prescribed social classes, it’s easy to side with Jor-El in his desire to free his son and future generations from the destiny being encoded into their genes. The natural childbirth in the first scene, compared with the uncomfortable eugenics proposed by Zod, lays bare the beliefs of freedom and individual choice. Even in their modes of transport, these values hold true: Jor-El flies on a giant dragonfly while Zod has some technological version of the same being, choosing the control, purpose and power over the need to care for a living being.

The constant back and forth between large and small is perhaps what makes this film so fascinating to me. An entire planet explodes; raindrops fall into a bucket of clothespins. A confused young Clark tries to make sense of school; A world-engine tries to terraform earth, destroying all humans. Kal flies halfway around the world, hovering briefly above earth; Clark sits quietly beside his mother on the porch-steps of a farm in Kansas. Every scene of power and explosions, of toppling buildings and destruction, is matched by one of peace, of beautiful harmony. There is a tenderness at work here that I haven’t seen in other superhero films.

This tenderness is the central theme: superman is not about strength or weakness, but about gentleness. The most frequent criticism I hear about superman as a hero is that he’s too powerful, that there’s not enough potential for physical conflict and that the story lines often feel contrived to provide that conflict. I heard similar criticisms of the recent ‘Captain Marvel’ film. But that’s only taking the physical conflict into account, while a good story ties that physical conflict to internal conflict. When a character like superman is so overwhelmingly powerful, it brings into focus that internal conflict, which I find ‘Man of Steel’ did to excellent effect.

One of the best sermons I’ve heard was about how gentleness is not weakness. Gentleness implies strength held in check. Weakness is not having strength. Gentleness is having strength but having control over it. In the conflict between Kal and Zod, I saw the physical out-workings of strength, both checked and unchecked. Many critics didn’t like this film for the sheer destruction of the surroundings and how it appeared to contradict the stated responsibilities superman should have had for collateral damage. But it is in the contrast between such raw power and its controlled use that the greatness of the character comes through.

This, he learned from his fathers, both his earthly father and his heavenly father (I’ll get to the religious allusions momentarily). Jor-El understands power, but sends Kal to earth to understand what it means to care for others. This he learns from Jonathan Kent, a man apparently driven by fear of the exposure of his son. And yet, he dies saving a dog, giving up his life for a helpless creature in the face of a raging storm. Kal’s fathers are two sides of the same coin, representing responsibility and hope (the kryptonian symbol on superman’s chest). Kal naturally has power, but he uses it with responsibility to bring hope, which works itself out to gentleness. Viewers see that gentleness portrayed throughout the film, from young Clark holding himself back from retaliating against bullies, to him playing with his dog, to the way he embraces Lois and his mother. It’s in contrast to this that the sheer destruction of the fights stands out so strongly. Yes, innocent people died; yes, Metropolis was in parts a wasteland; yes, Kal’s choice to fight caused destruction. But without that expression of power, the gentleness means nothing. By providing both extremes throughout the film, the viewer sees the goodness of Kal’s choices as he continually gives of himself and his strength for the good of mankind.

He is fully human, even as his biology is fully alien. He is fully god and fully man. He’s a boy of Kansas and a superhuman from Krypton. The allusions to Christ are not subtle, particularly when he gives himself over to untrustworthy rulers that send him to a death of sorts. But the conversation the film-makers have with these allusions are quite nuanced. It emphasizes the value of being human and of the importance to choose what we will do with our lives; it points to the need for using our strengths selflessly, rather than using them to fulfill simply our own desires; it elevates the need for hope and trust, placing trust in others even when they haven’t earned it yet and living in such a way as to provide hope for those that cannot see it.

What this film did was to provide a balance I have rarely seen in a superhero film. He was human and more than human. He continually exudes power but also gentleness. He deals with the confusion and anguish of being human not by running away or finding solace in some kind of macho-strength, but in embracing the quiet, the love of his mother, the sacrifice of his father.

‘Man of Steel’ took the time to tell a story, not just with physical conflict, but of a character who is perhaps more human than any other in the film, despite his transcendent capabilities. There was a large scale of destruction on a world-wide level, some of it caused by superman, but there was also time for quiet reflection and the grains of wood on an empty swing. This is a superhero film able to capture what it means to be human. 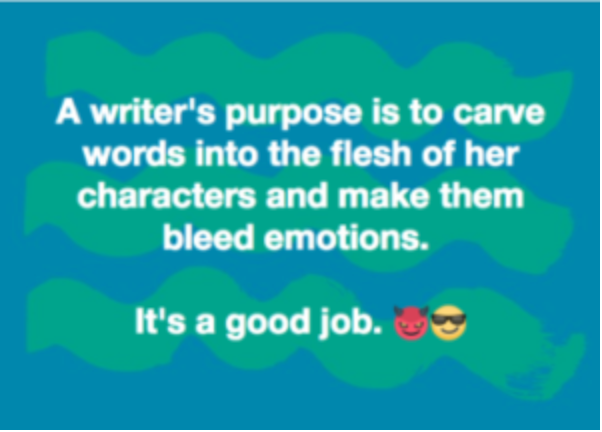