Alright I’m a couple of days late. I said I would post on the 8th but for me that was a Saturday and I don’t write on the weekend. Saturday and Sunday are for spending time with family and socialising with friends and generally catching up on all the chores that working Monday to Friday precludes.

That doesn’t mean I’m completely unproductive with regards to my writing it just means that I generally do not have the time to sit myself in front of a keyboard and work on a story. That being the case whilst I’m cleaning the house or doing the food shopping I’m also generally working out plot details, character motivation and the additional details in my head so that when I do sit myself in front of a keyboard on Monday I’m able to dive straight into the writing.

Alright so excuses out of the way how did I do with my goal? I wanted to be writing chapter nine by this time. So am I? The short answer is no. The long answer? More excuses you guessed it. I wrote another short story. A university assignment and I did manage to do some work on my novel so felt I was productive. I’m so close to finishing chapter eight but it is getting longer and longer with each day. I’m also having trouble finding the cut over into the next chapter. I think I’m almost there but it might be further ahead or I might have already passed it. I’m going to worry about that when I finally manage to get to an editing stage.

So was I productive? Yes. Did I complete my goal? No. Alright so what now? Now I set a revise my goal for the month and try again. I’ve mentioned before that I work better with deadlines whilst I didn’t get to where I wanted I still feel I did more than I would have if I just said I’m going to do some writing.

So my goal for the… (Check my calendar to make sure the 8th November is not a weekend. It’s not but I’m going to be on holiday and out of the country. Revise my target date.) 4th November is to be writing chapter ten. That’s right an entire chapter. The pressure is on.

Alright so with my excuses out of the way this month I’m going to ramble a little bit about some of the benefits I have found from being a writer. Unfortunately at the moment I cannot add financial success, international fame and legions of adoring fans to the list. Maybe one day, but there have been a few occasions when my chosen avocation has been handy.

Most recently I decided I would return to university. It has been seven years since I last attended a university (I’m studying online so I’m not technically attending the university but I am enrolled in one of its courses) and this time around I’m doing quite well – yes as opposed to last time where I did not do quite well. One of the main differences is that seven years ago I was dabbling with being a writer I wrote a couple of short stories and I had a novel that I was working on (It’s is still listed as in progress I’ll get back to it one day).

That sounds similar to what you talk about now you say?  Well it is and it isn’t. True I’m still working on a novel although it is a different one and yes I’ve written a couple of short stories in fact I’ve written plenty of short stories and with each one I feel I get a little better. But I’ve also edited those short stories. I’ve submitted a few of those stories with the hope of being published (Still no luck). I’ve participated with other authors in a critique exchange.

What difference has this made you ask? Well is seems to have made quite a lot. Thinking about grammar and being critical of my literary writing has made my academic writing much more polished. My sentence structure is stronger. My spelling whilst still appalling is better. My paragraphs flow well and the feedback I’ve been receiving from my lectures is that everything is extremely well written (You can wipe the mocking smiles off your faces I’m not editing this and just hammering it out and posting.)

Also it has made me revise my thoughts/expectations with regards to word counts. I remember when I first attended university getting my fist assignment and thinking ‘they want me to write how many words’. Now I look at a word count and think well I try and write at least 500 words a day for my novel, if I do that for the assignment I will be finished inside a week, easy.

So that is a concrete benefit I’ve recently experienced being a writer. It probably a little stupid and obvious but the more I do something the better I become at it. The good thing is that it is measurable. I’m graded for my academic work. I receive feedback. But this has also had a flow on effect with the rest of my life. The letters and emails I compose during work tend to be better formulated and presented. Also when I stop and think before I talk I tend to express myself in a more comprehensible and eloquent manner.

So what are a few other benefits of being a writer? (I’ll try and keep this short as I’ve rambled far too long)

These are a few benefits to being a writer that I could think of off the top of my head. There are definitely disadvantages too (especially with number 4 if you’ve ever had the ‘really’ or ‘when are you being published’ conversation.). For now though I’ll focus on the good stuff.

If anyone has anything they’d like to contribute I would love to hear it? Positive or negative. What do you think are some of the benefits or disadvantages of being a writer?

Thanks for reading I’ll catch you again on the 5th of November hopefully I’ll be writing chapter ten. Oh and probably doing NaNoWriMo (Maybe I’ll talk about this next time).

The Cat is so Confused 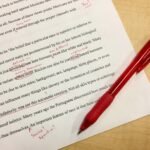 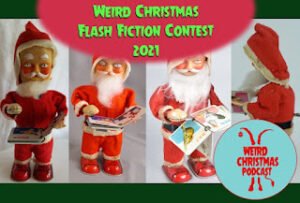 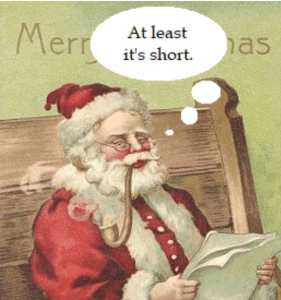