Poem "Unveiling the Moon" in ETTT Goddess of the Braided Light Drive in New Myths! Updated Bio Student Autonomy and the Vulnerable Teacher Writing update and what I’ve been watching
Tolkien once gave a now-famous talk about how his impulse to create languages had always been a sort of secret vice for him—and he suspected for a small but passionate number of others. I’ve always admired Tolkien’s language creation, but I am also well aware that I am not the language expert that Tolkien is. Any attempt I might make at language creation (beyond a few words here and there) would struggle to find the right balance between strictly logical rules (that end up feeling artificial) and naturalistic irregularities (that taken too far end up leaving the language feeling too random).

Of course, I start typing that up and get pulled into exploring the Language Construction Kit, start dreaming about how I should create a language or twelve of my own someday, and get distracted from writing up this post...

I do, however, have my own secret vice. Perhaps there is a small but passionate number of people who share that with me (or who don’t but will admire me for it? please admire me…). When I’m creating a world for my stories, one thing I like to do is imagine what kind of stories they tell within that world and especially what kind of poetry they create. I won’t often create entire poems within that world, but I like to sprinkle snippets of poetry—a line here, a few lines there—into the stories and play around with how it influences the story as a whole.

So in The Silk Betrayal, I took that farther than perhaps in any other story. One of the people who spend time at Chaitan’s house, hovering around the charismatic Rashul, is a poet. Iksheen is an angry young man who is especially drawn to the more defiant/violent revolution kind of rhetoric that sometimes forms a part of Rashul’s ideas. Through him we catch glimpses of some of the poets who are revered in Eghsal Valley.

The deeper dive into secondary-world poetics, though, comes from another character who spends his time at Chaitan’s house, Marankiya. Marankiya is an odd man out at the house, much older than the others and frequently drunk on fire liquor, while everyone else is drinking their maté-like tisane. He is famous in his own right—but more as a cautionary tale than someone to look up to. You’ll have to read the book to get the full details, but the short version is that he was a child prodigy within the pantheonic religion, hailed as the next great guru of the temple...but as he grew older, those promises fizzled out.

So now he’s a broken man among these youths, and something in Rashul’s claims inspires him. In his youth Marankiya memorized all the epics of the temple, all the words of wisdom of different eras of his people. Now he draws on that to create a new epic, but one that subverts the history of the valley, making the mythology of the past into something that strikes against the caste system.

But how do you create an entire epic poem that both plays to and undermines the received history of an imaginary people? Not only that, but the form itself is supposed to undermine certain specific aspects of the traditional epic form in ways that matter to the people of the story but would mean nothing to us. Even the suggestion, the attempt, smacks of arrogance.

At first I resisted writing it. Who was I to write such an ambitious thing? I can’t claim to be an epic poet of some imaginary land. The initial draft I shared with beta readers had only references to the poem, not any lines from the poem itself. That didn’t sit well. They wanted to read the poem.

Oh, fine. I looked at some early Indian epic poetry, reread epic poems (in translation, of course) from other cultures, and then simply sketched out the poem, created its overall shape and the story it told. And then I worked out a handful of stanzas, writing just enough from different portions of the epic poem to give the flavor of the whole.

And in those stanzas and the overall narrative around them, you get an idea of the heroic tale of Gauran, defeated in battle but helped by the gods to sail away from the Forgotten South, to make it through usually impassible seas, and land in this isolated northern valley where the volcanic activity will keep them warm and allow them to flourish.

Is the story true? Is it canon? In other words, am I saying that it is definitely what happened to bring their ancestors to Eghsal Valley? Not at all. I want readers to have the same uncertainty that the people within the story have. This is a part of what they’re told, a version of their history that likely has some truth and many inventions and fancies, and where one stops and the other begins...even I as the writer don’t yet know.

But here to end this post are some lines of my secret vice, Marankiya’s epic story of the hero Gauran and the gods:


The sunlight spoke of enemy shields, glinting among the banyans.

Gauran knelt at the water shrine of his ancestors.


A shape rose, slippery from the deep waters—

spoke wisdom, liquid words no human had ever heard.

The remnant, the dusk forgotten soldiers

stumbled into the surf, arms around shoulders for

none could walk alone, none save Gauran.

And Gauran’s wounds bled, turned the water its sunset shade,

but he held his face straight, held his arms out

to give himself to the sea, to drown his dreams in salt-water.


The many-waved one came, swept to shore by his weeping sister.

They cradled the dying man, nursed him with holy fire, placed him

in a boat made of flames, made of water, for they are the same.


The sun, remembering its chosen soldiers, shone on weary heads,

and ships appeared around them also, boats no sea could sink.


Thus they journeyed by the god’s hands into lands of summer sun. 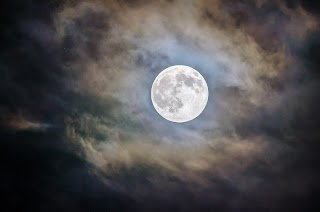